My proclivity for drinking coffee stems from an innate hatred of mornings. I like the nightlife; I like to boogie – so while most people are bounding out of bed yipping about sunshine and lollipops in  super-chipper voices, I’m calling the alarm clock a filthy name, hoping I don’t break yet another snooze button.

I envy morning people. I imagine I would probably be a famous writer by now if I weren’t such an anti-morning person. Wake up super early everyday, write, eat lunch, write some more, watch Matlock, chamomile tea, sleep. Novel finished in weeks. Don’t get me wrong, I like waking up/being alive, I just have a tough time getting things moving. My little sister also suffers from this lack of ‘day’sire, a convenient opportunity for blaming genetics whilst embracing my propensity for coffee.

Coffee, with milk, sweetened with honey (aka The Halle Berry) is the greatest drinkable gift to humanity (outside of Bloody Mary’s and beer). It’s true, if not for the psychoactive boost of caffeine , the British Industrial Revolution would have stalled out, and we, as people, would still be dumping our crap in cobbled gutters, and dying of plague.

Beer during the mid/late 1700’s was one of few potable beverages because it was filtered/heated to the point of drinkability, unlike water’s poisonousness at the time. After decades of lackadaisical beer-induced productivity (or lack there of), tea, and coffee became more readily available/socially accepted. Folks put down the brews stepping on board the coffee train to technology-town.

But what does this have to do with anything, Mike?

Last week, I did something really stupid in trying to ween myself off coffee. I had just come back from a great weekend in New York, signed a contract to start my new job as a Senior Writer for a fancy new company, still riding high after being named a Top 40 WordPress Blogger (of the day). So, I went forth in the name ‘health’, sabotaging all progress with a coffee-less week. 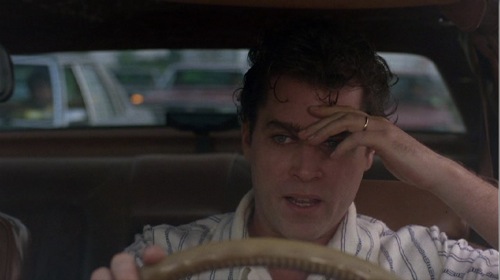 It all started Monday morning when I made my coffee a little too strong, mistakenly dove right into a second cup, and had a very coked-out Henry Hill moment before noon. An innocent trip to Target turned into a raging profanity filled drive; sweaty, audible impatience at the check-out line, and in the parking lot,  I looked to the skies for helicopters, sprinted to my car, hopped in, and realized I had bought Beef Jerky, 5 lb ankle weights, a white fedora, and Troll 1 and 2 on DVD (double feature). What?

I interventioned myself. No more coffee. Caffeine, yes, but in very, very small, tea doses. Moderation dear self.

The next day was not bad – still flying high from good fortunes – glad for a new beginning, slight headache. I made green tea and sighed a lot.

Day two was weird. No motivation to write, shower, or do anything. I laid on the couch watching ‘Sons of Anarchy’ on Netflix for 16 hours straight, eating only chips and salsa, lacking the effort to cook noodles or put a salad together.

My poor girlfriend – Marti – came home to a mess of a boyfriend. She consoled me with a hug, then recoiled in that awkward oh-god-someone-just-farted-in-this-stuffy-subway-train kind of way.

‘I’m sweating toxins, I think.’ Me

I suck at writing. I suck at life.

Day three was filled with, not paranoia – but more suspiciousness. I spent a lot of time creepily looking out the window(s). 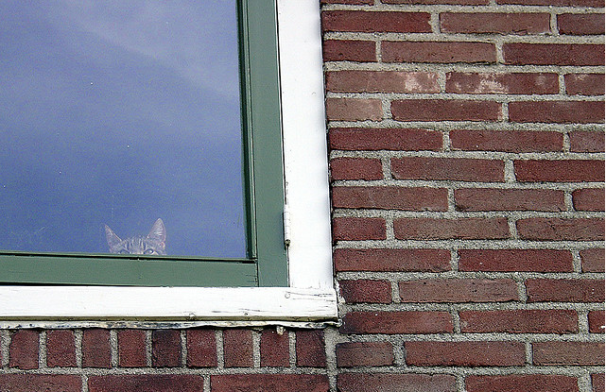 Day four flat-out sucked. I hadn’t written anything in a week, blog stats started to plummet, and I could not stay awake. Full-on waves of narcolepsy took out my legs with low sweeping kicks. 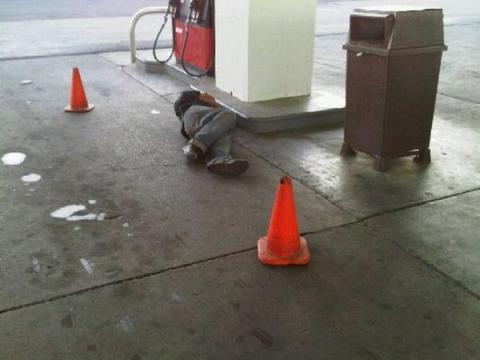 Day five was the worst. I went a little crazy – like, Tom Cruise crazy – to the point of REALLY contemplating the ideals behind Scientology. I briefly adhered to the fact there ARE Body Thetans, or alien ghosts,  in or around my orifices, and when I die, I WILL go to a landing station on Venus (for more information on this insanity click HERE). 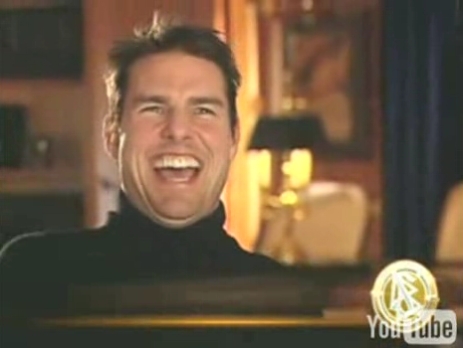 A turtleneck designed to hide the crazy, and man kisses. 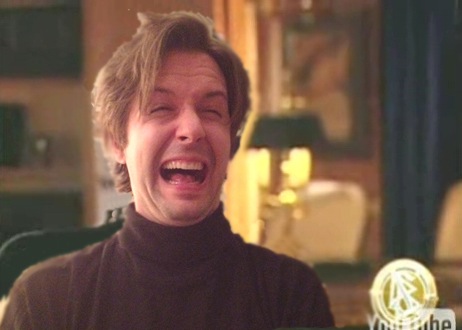 I one up T-Cruise on the crazy scale with my Mike Myers impression of him.

The ending to my woes/withdrawal is a happy one; I started drinking sweet ambrosial coffee again. I know what you’re thinking and you’re right – my will is weak – but not having that extra boost; that extra bit of mental focus, I just couldn’t live without. You, dear readers, suffered because of it.

I dodged a bullet – scared back to coffee by a withdrawal induced, hypothetical Scientology scenario –  an avoided downward spiral into deep, mindless, programmed sci-fi religiousness.

480 comments on “Caffeinated Ambrosia: Or How This Blog Runs on Coffee”