‘Scuse me while I get my wa wa’s out.

My last post was a bit long, and chalk full of uncomfortable feeling things. Sure, they were buried in allegorical stripper fog, but still, feelings…blech, right?

Remember in my last post how, during the hike, I said it was getting dark? You didn’t read my last post….well,  it got dark on Mt. Misen. Like, really, really —no street lights; no stars, steer’s butthole dark. And I got lost for a bit in the darkness.

I finally spotted some lights in the distance, and started truckin’ it, afraid of getting a preview of  the Japanese version of ‘Deliverance’ (‘Deriverance’?) by some rogue forest-dwelling Yakuza members.

The lights were paper lanterns strung up through a park outlined in cherry blossom trees, around a pagoda. It was a really cool moment capped by a chance meeting with my most favorite animal of all time: the Japanese Raccoon Dog, or, Tanuki.

The thing scared the shit out of me as I caught a glance out of my periphery, and at first thought it was a baby bear, which meant momma wasn’t far behind, ready to claw my boyishly handsome face from its foundation bones.

The Raccoon Dog is neither a raccoon, nor a dog, but I pretend it is:

The Tanuki is a half-breed, split right down the middle; a traceable bi-product of a lonesome mutt’s affection (voiced by the lovable Chris O’Dowd, Irish Hound) towards a lovely Raccoon Princess (Amy Poehler). 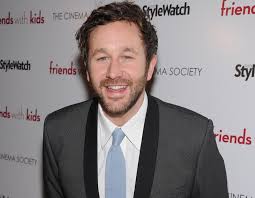 The Raccoon King (James Earl Jones), widowed by a pack of wild dogs, scorns the princess for loving the rascal hound. His tight protection ironically pushes her further away, into the paws of our hero, the dog. The Raccoon Kingdom gets attacked by General Squirrel (Patton Oswalt) and his army, but guess who comes to save the Raccoons?

All is well, the two mate – Tanuki!

Like the story of ‘Pocahontas’, but with way more animal sex.

Make it happen, Pixar. (I want 25% on the backend, with full control of merchandise)

The Raccoon Dog is a mischievous critter, with opposable thumbs, and the legendary ability to shapeshift (hence the Crow part of the last post).

There’s another part of the male raccoon dog’s anatomy I’d like to talk about aside from thumbs: its testicles. Raccoon Dogs have notoriously gigantic balls.

There’s even a nursery rhyme about it:

Though the wind stops blowing

I have no idea what’s happening the picture above, but it looks like some travelers forgot to pay a toll. And what happens when we forget to pay the toll? That’s right, you catch a face-ful of scrot from the Tanuki duo. 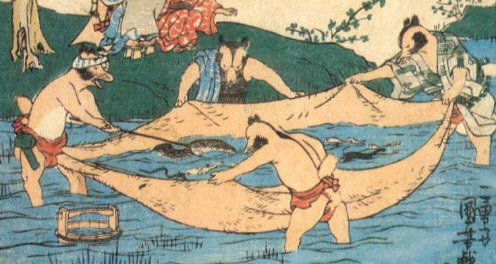 The above picture makes no sense, but I appreciate the artistic integrity. Somehow, these sideburned Tanukis have linked scrotums, and used them as fishing nets. Careful with that harpoon, Eugene!

I once ate a whole jar of salsa right before bed, and had a dream I went paragliding with my testicles, so I completely understand this picture. You don’t even need a parachute!

The point of today’s post is: there doesn’t always have to be a point.

Be random. Be you. Be ballsy.