The movie ‘Desperado’ plays low on the hotel TV. Low enough that the man propped up on the headboard can’t hear what the actors are saying. He starts making up the dialogue in his head:

“The River Walk, not river talk.”

Travel weary, and 4 beers into the night, the man hits the power on the remote and nods off. His sleep goes deep and dark, beyond subconscious, into the sub basement of the Alamo.

He wonders where he is, if he’s dead, alone in a coffin. His heart beats hard against his ribs, and he has to urinate. He wonders how to pee in a coffin.

Do you Just go?

A sliver of charcoal grey daylight sneaks through a slit in the drapes.

His room number is 1406 and he tries to find significance in the number, but can only think of the mnemonic for 1492, sailed the ocean blue. 1406, pick up sticks?

The River Walk, not river talk. 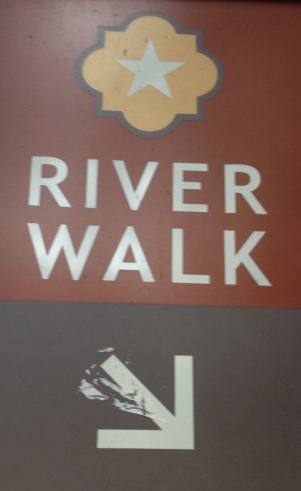 The man looks awkwardly tall above the treadmill, hair almost brushing the drop ceiling with each running stride.

He looks out the fitness center windows upon a pool with a stream of water jetting out the backstop façade splashing into the pool like arcing piss. The runner’s high seeps into his eyeballs, plugging up his ears. He pretends he’s swimming, but after a lap, stops. From the pool, he watches the runner version inside, and slowly sinks in the water so just his eyeballs are above the surface. He feels reptilian, and the runner version turns into a gazelle wearing Nikes.

Back inside, the man increases the speed to 8.6, keeping the incline at 1%, average of 6:58 minute miles. He has run for 15 minutes and has burned 450 calories. He wonders where they burn off to?

Each footfall upon the machine shorts out the reception on the dashboard TV. He changes the channel with a sweaty thumb, losing rhythm a bit.

A smiling Mary is on the screen clutching baby Jesus. The man’s pounding gait pixellates her face, and she has double teeth, teeth frozen over her eyes. She is a demon. The man wonders if she breast-feeds in public.

Sweaty thumb channel change, rhythm lost, regained, and there’s an actress. She has third degree burns. She is acting, crying, but is still horribly attractive. The man wonders if she smells like burnt toast.

He doesn’t.  He knows nothing about it.

The River Walk, not run. 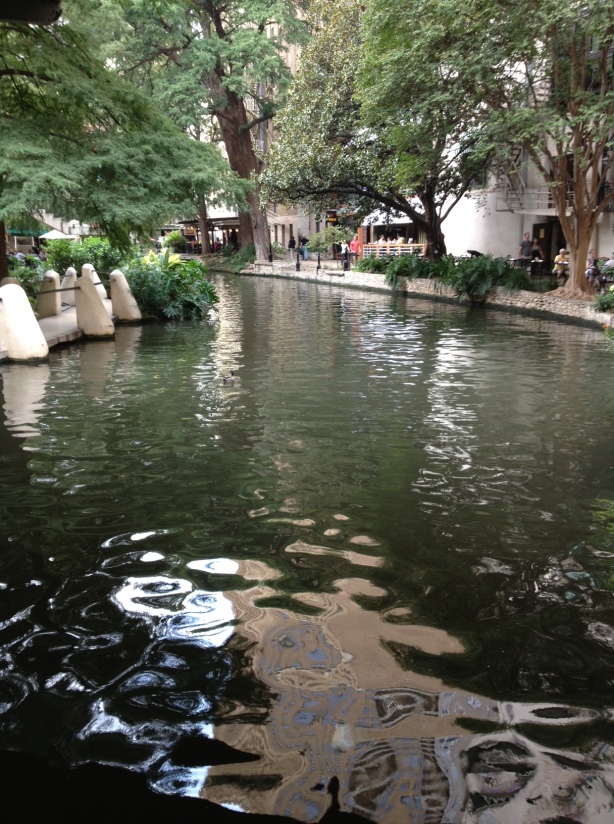 He can’t hear ambient noise but has an endorphine-induced daydream about the San Antonio River talking to him. Its name is Banderas, and lights up a fluorescent hot pink every time it speaks.

“Tell me about Davy Crockett,” the man says to Banderas.

“Tell me about James Bowie,” the man says to Banderas.

“He fashioned a knife, and David Bowie,” Banderas replies. 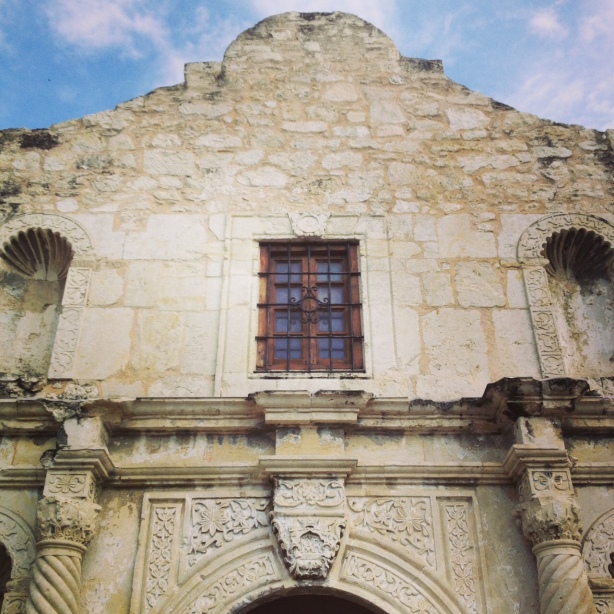 So the man goes to the Alamo, but forgets why. He reads a bronze placard that tells him Mexicans killed James Bowie in 1836, in the low barracks.

“How do you say low barracks in Spanish?” the man asks Banderas

The man thinks this sounds funny. He’s nowhere near the river.

Later that night, back in the hotel room, soaking sore muscles in the bathtub, the man sinks into the hot water so just his face is above the surface. He stares at the bright single bulb straight above until everything turns hot pink.