My mind is extremely disjointed. Surprised I can even compose this post, as my ADD is ratcheting towards Jack Torrance levels.

What do you call a guy with no arms and no legs? A backpack.

JP, our realtor, called two weeks ago to say our bid on the Short Sale was accepted by the bank, and we could close on APRIL 5th.

Fifth is a funny word if you really concentrate on pronunciation. But it’s not as bad as twelfth. twelf-i-thuh. twelf-i-thuh. Yeah, there’s no way you can knowingly pronounce it without sounding like a slightly effeminate peanut butter gigolo with a lisp.

Me: “Awesome, thank you JP! I’m, um, sort of going to Japan for two weeks in two weeks. Is that a bad thing?”

My Brain: “Hoooooold. Everyone be cool. Nothing is fucked.”

Me:”But we can work around it, right?”

JP: “There’s a lot of paperwork for you sign, and we probably can’t fax it to Japan.”

Me: “They have faxes! They created faxes!”

JP: “I mean for signatures.” 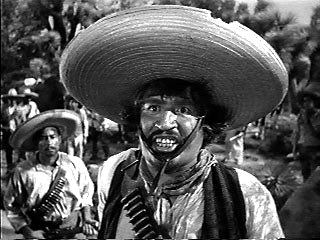 Packing heat, moving down the street, hopping ’round ’cause there’s fucking lava at my feet.

We’re beginning to pack up the apartment.

It’s a bittersweet phase — I moved in here with my best friend, Paul, five years ago. Man, we had some good times; humanized the place by calling it ‘Bartok’ after Balky Bartokomous from ‘Perfect Strangers’.

Started a film society of the same name here, grilled every weekend, and at one point, had it completely decked up in 50’s furniture with a placard on the wall that read ‘1952: Americana Kitsch’. There was enough room to throw a football from the kitchen to the bay windows.

One night, we got TacoBelleatingly drunk and garbage picked a blue recliner from next door. It stayed until the night we watched a CSI episode about a case cracked upon from DNA (semen splatter) on a chair . We put it back in the same spot, confusing the hell out of the original discarder. 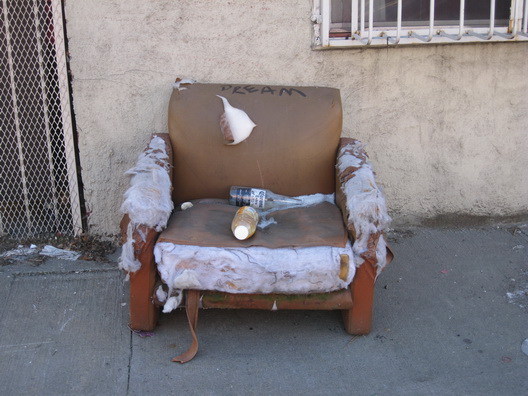 Speaking of fluid swapping, Paul fell madly in love with his now-wife, Nastya, in this very apartment. Paul moved out/in with Nast, got married, and Marti moved in with me…and we’ve created amazing memories since.

But it’s a just place; the people make it a home, and now Marti and I prepare for our next step together.

So, I have to ask, any moving stories out there? Good or Nightmarish? Any fond memories of places left behind? Talk to me!

The above is binary code for ‘My blog will be taken over for the next two weeks by a group of beautiful reprobates’. Got some good stuff in store for you while I head to Japan.

43 comments on “Chinese, Japanese, Why Does Everything Happen in Threes?”