No Coat, No Problem.

Arrive in Toronto, get through customs; told IcelandAir has moved terminals, have to explain to security why we’re leaving terminal, take a bus to opposite side of airport, recheck in, go through security, AGAIN, just for fun.  – Check

Arrive in Reykjavik, watch everyone pick up luggage – no bags for Mike and Paul. Told the next flight from Toronto is three days away – slow realization we’re in an arctic country with no coats, hats, thermals, clean underwear, or fucking toothbrushes… weather forecast? High of 34 with a chance of dragon breath – Check

The woman at IcelandAir said we could submit $100 receipts to the airline for reimbursement. $100 to buy shirts, underwear, parkas, toothpaste, and a hats. Right…

Paul and I exit the airport, and for one naïve, hoodie-only second I say, “I guess it’s not bad out here…” and then Santa’s wind pierces my soul and slaps my nethers.

A cab to Reykjavik will set you back around $120. Flybus (https://www.flybus.is/flybus) will take you right to your hotel for around $40 for two people. Convenient.

As usual, Paul picks up our frozen spirits with some warm Bertie Higgins:

After some jet-lagged merriment, we arrive at the very cool Icelandair Marina hotel in Old Harbour. Artsy, industrial, yet cozy. Situated right next to a working marina. Rooms aren’t ready this early, check in is at 2. 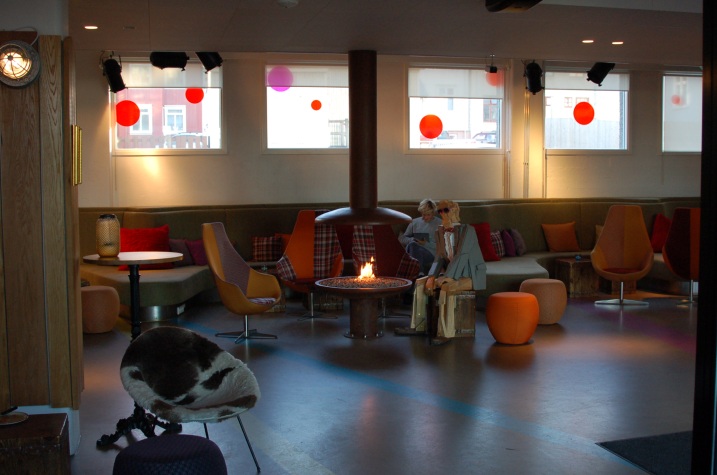 We try to go outside, but it’s testicle-retractingly cold with just a hoodie and our shared clothing combos.

The view is stunning to all senses. Paul and I start worrying about the cold ending our collective abilities to make future children, so we head back into the hotel where we loiter, pathetically. Replete with chaise lounge faintings, deep sighs, and all. The manager of the place, sick of looking at us, gives us each a single room to “Go to sleep. Because you look tired.” Read: “You dirty American schlubs need to get the fuck out of my lobby”.

I Come from the Land of Ice and Show(s).

Walk over to the beautiful Harpa Concert Hall, grab our wristbands for Iceland Airwaves – an annual showcase for up-and-coming bands from Iceland, and around the globe, at various venues around town. There’s also a robust off-venue schedule for the non-ticket holders. Every café, record shop, and clothing store becomes a venue. Think: South By Southwest, but Euro. 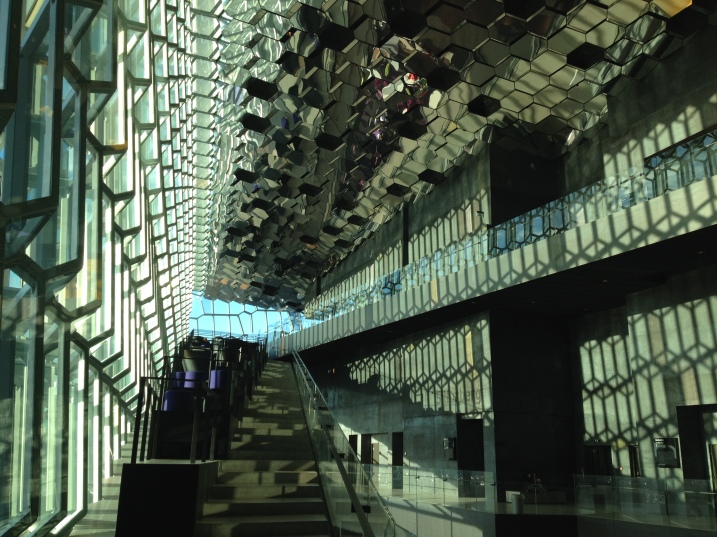 We have some time before the first band, so we trek towards Hallgrímskirkja (opening pic), take an elevator up to the top observation deck. In the elevator, horribly cheesy “holy” music plays as we ascend. It’s like Tabernacle Enya. Hopefully, when I die, the music is more indie on the way up (or down).

Looking for food, we end up at Lebowski Bar; a bar loosely based on the greatest movie of all time, ‘The Big Lebowski’. We have many Tuborg Christmas Ales, and quote Lebowski. 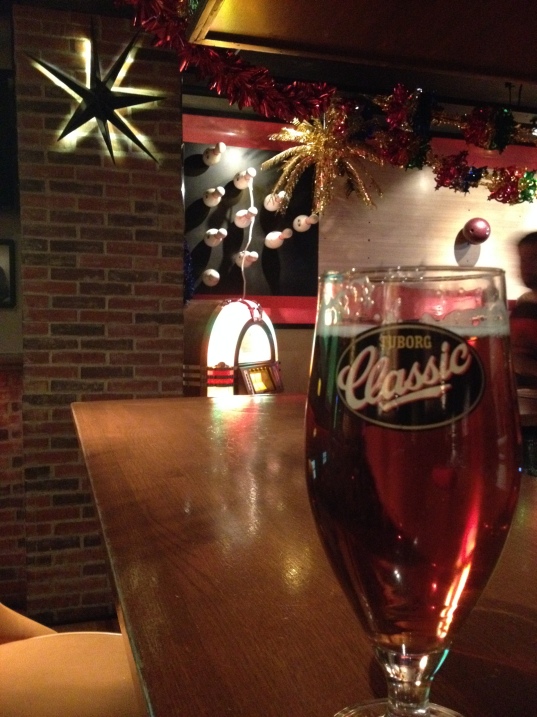 We leave the Dude, head back downtown. Hearing some good tunes, we duck through an alley with a red carpet, where we find Hotel Kvosin’s off-venue music tent. The band playing is Caveman. Solid. Maybe you’ve heard the song below, if not, enjoy.  And I think the dude in the video is the stoner from ‘Cabin in the Woods’.

Next door to Iðnó, to see a band called Vigri. Beautiful old theater. The band isn’t really my or Paul’s taste, but they definitely put their heart into it.

Cold walk back over to Harpa where we see Moses Hightower, Mac Demarco, and Midlake in that order.

Mac Demarco…fuck, yes. Even with half a voice, and a broken e string on his guitar, absolutely killed it. Amazing show. Instant Top 5. 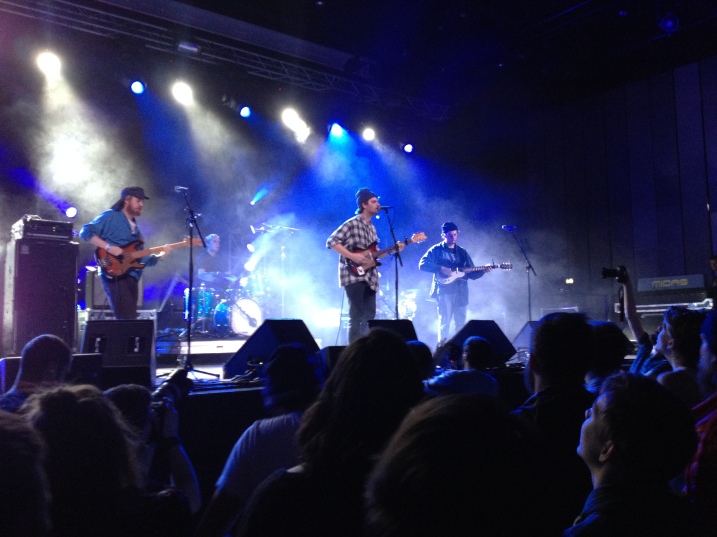 I didn’t get a clip from Moses or Mac, but here’s Mac Demarco’s latest single:

And finally, here’s a clip I grabbed from the Midlake Show:

We head across the street from Harpa to eat some lamb hot dogs from Baejarins Beztu Pylsur. Best damn hot dog I’ve ever eaten. It has some weird mustard sauce and crunchy onions. I have another. Paul as well.

Over to the awesome, attic-looking bar, Gamli Gaukurinn. to see the very young, very Danish band – Shiny Darkly. Old school Joy Division/Interpol sound. Keyboardist looks like he’s 12. I have written “Get Younger Soon, Mike” in my notebook I’m copying from.

2 More Hotdogs. Chat with some new friends from NZ, Australia, and Canada.

Around 3 in the morning, Paul and I finally concede to beer-tapped jet lag, and head back through Old Harbor to our hotel. As we walk, Northern Lights streak across the sky like a green dragon. At first, I think I may be tripping on hot dogs. But Paul snaps a pic. An awe-inspiring moment, I fall asleep happy on this day of days.

Paul’s pic of the Northern Lights over Old Harbor.

33 comments on “Day of Days: Roam About Reykjavik (Without A Coat)”