I’m at the Delta gate in the Orlando Airport about to completely lose my shit.  Plane’s delayed due to mechanical issues, and there are no fewer than 4 babies struggling with what can only be described, aurally, by having Axl Rose (now) trying to harmonize with a shrieking goat.

I forgot my headphones at home, and there’s a six year old laying upside down behind me in his chair kicking the back of my seat as hard as his pudgy little legs allow, making me spill flaming hot tea on my crotch as I go to take a sip.

“Well, at least it didn’t spill on my compute…OH MY GOD MY PENIS BURNS!”

The kid is kicking to the beat of the video game music blaring from an iPhone. I know this, because I’m currently staring at his stupid upside-down mickey mouse hat wearing head, as I slowly send a warning-side glance over to the gum smacking mom, who looks at me unapologetically and has the gall to say, “He’s just tired.”

This is hell. No pitchforks. No tonged-tails. No fiery furnace. Just a burnt dick tip, and assholes galore.

I don’t even blame the kid; it’s his mouth-breathing parents’ fault. The same brand of people who forgot to apply sunscreen to their precious babes’ face (which coincidentally has reached the hue of a ruddy sea-dwelling creature from the Disney movies the children adore) and try to sue the sun.

I’ll see you in court, mon.

The same parents who prattle through the Orlando/the airport with a look of wide-eyed bewilderment, devoid of the mental capacity to understand airport protocol or basic societal manners, or how anything works.

“What’s that called? A PEOPLE mover? Well I never! It’s like a felled escalator!!!”

Parents who let their children run around and scream like escaped zoo-animals, and do nothing about it, checking their facebook status over controlling their loin bi-product(s).

Once on the plane, I watch in horror as a different mom, with a baby already strapped on her front like a reversed Yoda/Luke situ changes her son’s diaper on the seat. ON THE SEAT! No cloth, no blanket, just baby ass and poop particles ON 30C. And where does the diaper go? And this was the dad’s idea; the dad who looks exactly like the love child of Randy Quaid’s character in ‘Kingpin’ and Napoleon Dynamite.

Where does the poop cloth go? In the magazine pouch in front of mom, next seat over from me. Remember THAT next time you’re flipping through the Skymall magazine. They’re free, but not free of fecal.

Kids start wailing again, but thankfully the fear of take off silences them for a minute. The plane bucks left and for a split second I hope we crash to end some of the inbreeding going on in this world, but instead, the plane rights, and I vow to impregnate as many intelligent women as I possibly can (as soon as the hot tea burn fades) while looking out the window to a denuded landscape, and it all looks, well, fake.

And maybe that’s why a place that brought me such joy as a kid promotes such a negative reaction now. I feel like Disney/Orlando is a part of one massive, superficial, behind-the-curtain-controlled animatronic. It’s the theory of Uncanny Valley expanded out to a whole city.

A four mile morning run looks something like this: 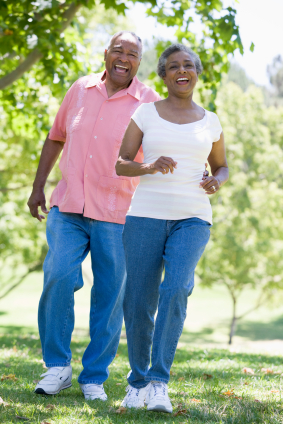 I did find culture at Epcot Center the one night I had off from work, but nostalgia fought overwhelming paranoia as I walked through the ‘Around the World’ tour with friends. If you’ve never been to Epcot, there’s a mile and a half loop that takes you through areas made-up to look like particular countries: Russia, Japan, France, Germany – I’ve actually been to these places, and the facade of it all, the uncanny valley of place (Disnephobia), has me on edge.

So I buy drinks in “Germany” at a Bier Stube to chill out. But dump my entire beer on the way to “Italy”, as I’m not paying attention and get slowly run over by a V-formation of Jazzy wheelchairs.

Have you ever seen a Jazzy? It’s basically a wheelchair for those who are too old, or obese to walk. Have you ever been run over by a Jazzy? It’s embarrassing, and it hurts.  I juked like Michael J. Fox on a conveyor belt but I swear those bad boys were throttled up from tortoise to rabbit, took me down awkwardly slow, like a tranquilized grizzly. And somewhere, in a fake version of “Rome”, a part of my soul is crushed.

I get why people come to Orlando; it’s warm, the kids want to come here – it’s just not my jam. But neither are similarly categorized places like South Beach, or Las Vegas, or Cancun, places that shuttle you in, stuff you with home comforts and sugary boozed swill, and shuttle you out.

I hear how much money people spend on trips to these locales, and all I can do is associate the dollar amount with, say, a nice trip to Tulum, to San Fran, or NYC or anywhere in Europe. Places oozing with culture and their own unique offering. But hey, i’m sure in a few years, when I find a nice lady to procreate with, I’ll be back in Orlando, or Disney Land in CA,  with lil’ Roam About Nuggets, writing about how I tried to commit suicide via mass Dippin’ Dots consumption.

Until then – Travel humbly; travel smart. After all, it IS a small world.

Tell me my dear readers, where are your least favorite places traveled?

84 comments on “Orlando, FL is a Butthole”