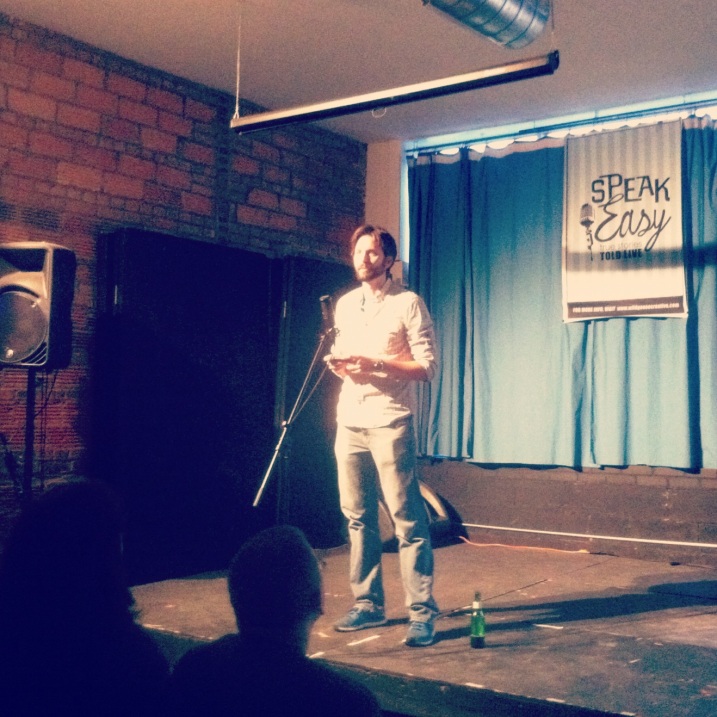 Good Day, Roamers! Been a productive week, didn’t want to neglect my dear readers, so I’ve copied the transcript from my talk at the Speak Easy last night. The good folks at Wild Goose Creative pick a topic each month, and you get up on stage and tell a story about said topic (I’m not honed into the whole improv thing, so I got to write mine before hand). Anyways, special thanks to fellow writer/blogger Molly for introducing me to such a great event – sorry I haven’t proofread this – and if there’s a Podcast, I’ll update the post for everyone –  hope you enjoy!

Spring 1991: I was 10, and had just won the Stop ‘n’ Shop Easter Bunny coloring contest. I sort-of cheated my way to victory, slightly bending the rules, coloring ONLY the background scene depicting the Easter Bunny happily hopping through a meadow with a basket of eggs – slathering Elmer’s glue on the actual bunny, and dousing the sexually ambiguous, culturally abstruse hare in silver glitter.

The judges at Stop ‘n’ Shop appreciated my shimmery artistic vision, declaring me the victor of the heated Easter Bunny color-off. Grand Prize: A $15 Gift Card from Coconut Records next door. Yes!

I had yet to own a cd player, still jammin’ out on a dual-cassette boom box. Most of my tapes, borrowed or freebies: Weird Al’s Yankovic’s discography, hand me down polka tapes from Grandparents, neighbor’s New Kids on the Block, and the Teenage Mutant Ninja Turtles album from Pizza Hut. But I had never won nor bought my very own cassettes. 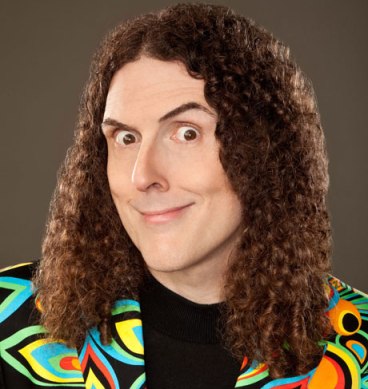 finally, my beloved Weird Al makes it in a post.

I remember spending an exorbitant amount of time perusing the aisles, avoiding the scary placards in the ‘heavy metal’ section, finalizing tough decisions. My mom, waiting patiently by the counter with an extra dollar or two to cover to taxes above the $15 limit.

Phil Collins’ ‘No Jacket Required’.‘Sussudio’ was one of my favorite songs at the time, more so than pleading track ‘Don’t Lose My Number’. But, my favorite song from Mr. Collins’ third solo attempt was ‘Take me home’.

I won’t get all Patrick Bateman/American Psycho on Phil Collins here; but this was where I was to make a nicely placed quip about ‘Take Me Home’, a diss in colloquial 90’s, but in researching this piece, turns out, I really like this song. It’s nostalgic, comforting, and dark. Wikipedia, ne’er the liar, says ‘Take me Home’ is a reference to Ken Kesey’s novel ‘One flew Over the Cuckoos Nest’!

People talk about time travel, going back to meet Jesus, Hitler, or Ben Franklin. Not me. I would travel back to that sunny day in 1991 at Coconut’s Record Store, shake 10-year-old me, a light slap – not the face – and tell young me to take guitar lessons, keep playing football, and buy Talking Heads’ ‘Stop Making Sense’. Then again 10-year-old me would probably piss our pants because, as dad taught us, anyone with a beard and tattoos must be a derelict…

My dad was mid-thirties in 1991, and would have been totally supportive if I were gay, I’m not, sorry boys, BUT, the day of my coloring contest victory he came home, to his wide-eyed horror, to find me, mom, and my little sister dancing to an emasculating mix of Enya, ABBA, and Neil Diamond with my fabulously bedazzled Easter contest win on the table next to unopened Mariah Carey and Phil Collins cassettes.

Excuse me ma’am. Has anyone told you you look like that guy from Aerosmith?

Sadly, this progression stalled out as I began playing alto saxophone for school. Instead of learning the solo to Gerry Rafferty’s ‘Baker Street’, Mom, the saboteur, bought me the Little Mermaid and Aladdin Soundtrack sheet music to practice. People ask why I drink so much…it’s to rid my brain of the goose-honking sound of me playing the fucking Little Mermaid soundtrack on saxophone.

What promise piqued by dad’s musical influence was fully supplanted by the plateau of puberty. I had become a nerd. In school, the cool kids talked about bands like the Beastie Boys, N.W.A., Guns ‘n’ Roses. I had no clue what they were talking about, sequestered in the study of the alto saxophonics, the foundation of classic rock eroded by a surging tide of smooth jazz, and mom’s fixation with annie lennox, The Righteous AND Everly brothers.

After three years of lessons, and countless renditions of ‘A whole new world’ I tired of playing saxophone; tired of the screechy pitch of the gorgeous, mocha-skinned Mariah. Music wasn’t important to me; it was just there as an accompaniment, selected and talked about by other people.

Thirteen years old, I biked over to friend Ryan’s house to play the newly released Mickey Mouse Adventure II on Super Nintendo. Just to reiterate, I didn’t have a girlfriend at this time.

While tackling the magic of 16-bit Disney landscapes, Ryan played this song:

“What does that mean?”

“Nothing. It’s just a name. They’re an alternative band.”

I was hooked; buying up everything “alternative”, like so many Tom Cruise sci-fi religion-arranged marriage victims, listening to the likes of: Live, Beck, Red Hot Chili Peppers, Tool, and Rage Against the Machine. Alt rock led to Brit pop, led to electro, veered off to jam bands, down a dusty road to bluegrass, to delta blues, tangent to Eno, to Bowie, to Talking Heads, to David Byrne, and on and on, forever amen.

I jest at my 10-13 year old musical nascence and lagging technologies, but honestly, there’s sentimentality in my, and probably most of your, musical foundations.

Along with the aforementioned Phil Collins album, I revisited Stone Temple Pilots for this piece, specifically their critically panned ‘Tiny Music’ album. Turns out; I really, really like it; more-so than it’s release back in 1996 when I still shopped at Pacific SunWear and, can’t believe I’m admitting this, Hot Topic.

The words ‘Classic, Rock, or Block’ in any combination leave me physically unable to change the radio dial, paralysis broken only to crank that shit as loud as my 2008 Honda Civic factory speakers can handle. Can’t really say I get all nostalgic if I hear mom’s favorite ‘Dancing Queen’, but the influence is everlasting, and has opened avenues of discovery and a concrete structure of taste, or musical comfort zones.

For me, these comfort zones are floors of personal music evolutions under perpetual construction, each level/stage influencing the next; chalk-full of experiential support, sense memory prompts, and infinite play buttons.

Sure, we all have to trudge through the Mariah Carey phases, or worse (Limp Biscuit) to seek out our ever-changing musical tastes. Even if we end up despising a certain phase – negatively – it’s still an influence.

This, my friends, is the shimmering, silver-glittered, meadow-frolicking beauty of music – you change; you grow, the genres change, the genres bend, you discover, your tastes change, the music stays the same – it’s all a part of our musical evolutions. – Mike