During high school, I grew like bamboo, shed my aviator prescription glasses, and became impervious to sophomoric nicknames (coincidentally, sophomore year). I joined track, ran away from derogatory labels like a goddamn gazelle right into the laconic ‘Buk’ [Boook] moniker, ultimately landing the prom queen as my hs squeeze and virginity eradicator.

‘Buk’ – this short-lived dabble in brevity –  piqued my interest to the meaning and history behind the Bukach surname. Was it always Bukach? Or was it hacked up at Ellis Island from something like Bukachelli, Bukachavichevsky, or Malkovich?

The hunt was shoved to the back burner until the world-wide interwebs invented this Google thing – and the other day, when I discovered it (the googles), I kind-of stalked the shit out of my surname.

1. I found most Bukach’s live in Ukraine or Belarus.

2. My great-grandfather snuck into the US through Canada from Belarus (then, a part of Russia) not long after the Bolsheviks came to power. No papers; no sign-in; no comprende.

My paternal family are illegal immigrants – which is always a great ice-breaker at parties.

Another positive –  outside of escaping a calamitous government – great-grandpa kept the Bukach name whole, as opposed to it being butchered phonetically at any US check point.

Be honest, does this pond make me look fat?

David Lo Pan? Points if you get the reference.

4. I found the Eastern European/Russian Facebook – which is exactly like the regular Facebook – but you have to wait two hours in line to log-in. Hiyo!!! Communism joke! Try the veal!

and this is where I found my new hero, my little badass cousin –  Demyan Bukach.

As most readers know, I don’t understand Russian, so, I sort of filled in the blanks to cousin D’s back story from his Facebooksky profile:

Demyan is 10-ish, and is obviously the King of Ukraine.

Demyan has a monkey named Chichi, and a girlfriend named Masha who’s European hot. She’s like 25, which means Demyan is part pimp. For their second anniversary, he bought Masha a live parrot as a bracelet.

I have a clothed monkey because fuck you.

Demyan recently won the ‘life award’. His prize: a slightly used turbo-charged four door sedan with a spoiler – a luxury in Ukraine.

On weekends, he runs ammunitions for the KGB on his 1980 Harlevsky Davidoffson. He doesn’t even wear pants he’s that badass, and his middle name is apparently ‘manifold burns’. 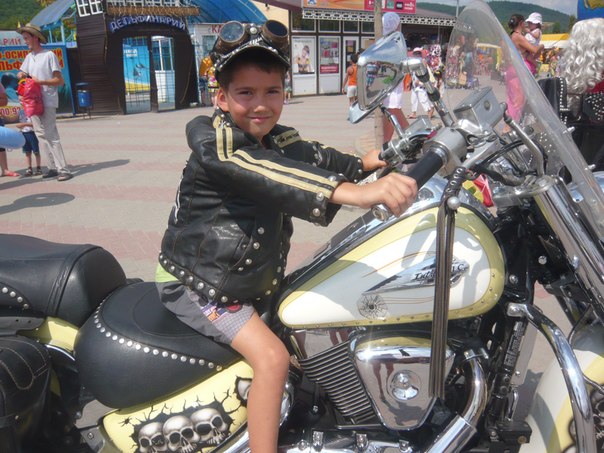 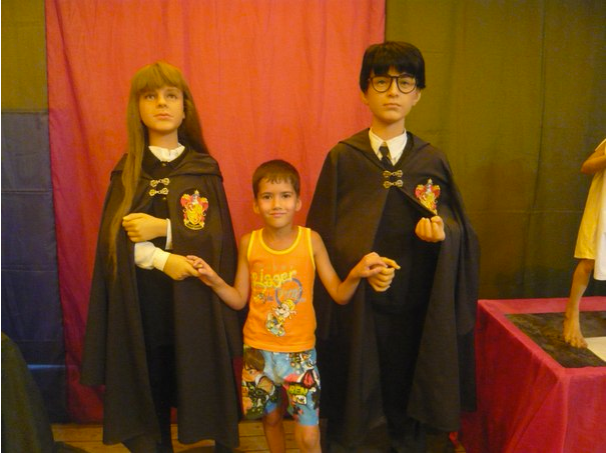 He also has a dark side. From what I can decipher of the Cyrillic language – below is Demyan’s gang – and his mistress. The mustachioed guy in the middle is Yashu, who Demyan shanked and buried somewhere in Siberia when he forgot to feed Chichi.

The authorities never found the body; all that remained was the mustache.

Truth is, I think my distant cousin is awesome, and I would totally grab a beer with him (in 4 years – drinking age in Ukraine is 12). Although, from the looks of Demyan’s last photo on facebook, he took a fatal spill on the slopes of his backyard. 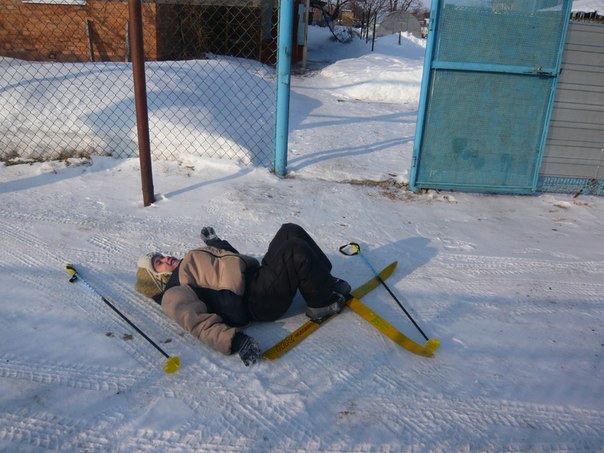 And like the properties of Jet Propulsion, I’m enamored with the workings of Technology (again). How, in this instance, technology can connect people more efficiently than an Ancestor.com, to voyeuristically dip into distant relatives’ everyday life, getting a sense of how they live, who they are, and the commonalities.

It’s a goal of mine for ’13 to connect the dots of the paternal family tree – and somewhere down the line, make an Eastern European trip out of it. 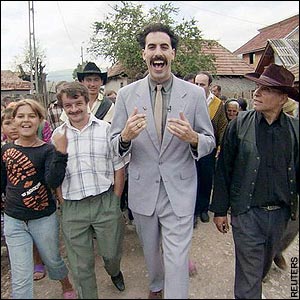 So what about you? Any interesting family tree lines? Weird connections or names easier to trace/more unique than ‘Bukach’? – Mike

51 comments on “Googling ‘Bukach’: The Flotsam of Name Searches”