Let me start with Karin.  We performed improv together for a few years in DC.  She’s a tall, beautiful, comedic friend.  She married Asa, a wonderfully quiet-natured guy.  They have housed and fed me while listening to many moans about my relationships.  I’m envious of how easy they make it all look and I would’ve been upset if I missed the wedding because of my social fears. 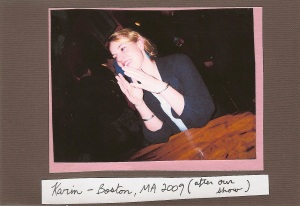 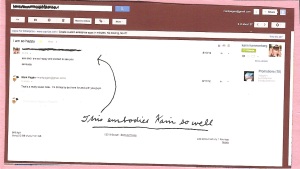 A month into sobriety, I was invited to Karin’s wedding and received news that I’d been accepted as an artist-in-residence for fall 2012 in New York Mills, Minnesota.  The former drafted my fear of social alienation, the latter offered my mind a vision of tundra-like isolation.  I was motivated to spend my sober energy crafting quirky videos in rural Minnesota but deep down I feared the anxiety and depression stemming from so much solitude.   We know what happened at the wedding and by mid-September, I was en route to the Midwest again via car.  I felt like I needed social preparation before setting up like a Torrance in a Colorado hotel and a series of destinations provided me replacement hangovers along the way.

Mike and Marti offered me the first respite in Columbus, Ohio.  Yes, Mike of Roam About Mike.  I love this pair.  And I love their apartment.  I’m a product of Mid-Atlantic snobbery and feel the need to ask how much places cost in the rental market outside of East Coast cities.  “My God, you would never get something like this for that price in DC”.  This is the first thing I needed to leave back east.

Chicago.  I encourage everyone to go to Chicago to experience asking for directions in a major Midwestern city.  I am dumbfounded at how approachable the stock of Chicago residents are and it seems if they don’t know the answer to something they know someone named Norm who’s just across the street.  “Hey Norm!  This fella over here is looking for some good Mexican food.  Do you know where he should go?”.  I discovered John Porcellino‘s work a few weeks after I quit drinking and it’s kept me feeling less lonely in this world.  Chicago has become synonymous with his name and I was thrilled to signs of his presence in Illinois.

Madison, WI.  What is it with this state?  From what I’ve seen in summer and fall, this place is an insane gem of calm.  I was hungover on bliss (a lot had to do with the care of my friend Annie and her magical parents). 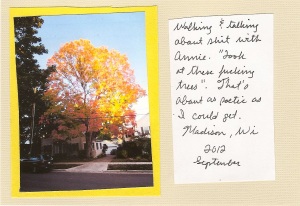 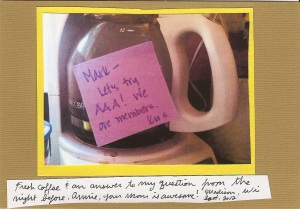 When I crossed the border to Minnesota in late September, the Midwest had calmed my anxiety beyond expectation.  After a final stop in Minneapolis, I made my way to New York Mills, Minnesota, population 1,200. 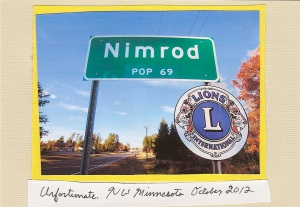 I’m cutting corners with a lof of the little stories that led to New York Mills.  And even then I can’t begin to explain the time there.  To put it briefly, I did much better than I expected.  However, I am a product of anxiety, compulsion, and insecurity.  On a Sunday night during my stay, I sat in my one bedroom residency house alone.  I started to dwell on everyone else who seemed to be doing so much better than me at the age of 33 (or younger).

In the last year, that final sentence has popped up a bunch.  Midwest or not, I will continue to need some respite from the beasts in my head.  Luckily, Karin’s wedding had presented a wonderful Midwestern option.  At 7:30pm on that Sunday I hopped over to a nearby lake to feel small again.  It’s the best remedy I’ve found.

You may know him from this earlier collaboration.

I’ve known Mark for over a decade, and over those ten plus years, the man has been a constant inspiration. Artist, Performer, Movie Critic, Music Curator, Comedian — live, doing improv, he’s one of the funniest people I’ve ever seen. Quick witted, dry, smart, hilarious.

Mark’s also a break-dancer. I’ve never seen him break, but, I’ve watched just about everyone of his dance videos. Go to youtube, type in his name, and enjoy. It will make your day.

Five minutes with Mark (not a euphemism) and you’ll feel at home, if said home were the loft apartment of some extremely nice, generous, talented, genius with impeccable style.

Here’s to many more Roam About Mark posts.

6 comments on “Wisconsin Hangovers (and Other Midwestern Remedies)”