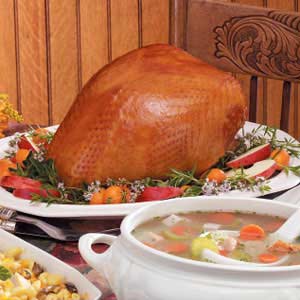 Thanksgiving at my parents’ house has become legendary over the years.

There was the Thanksgiving of ’04, when we made the Twinsburg Bulletin police blotter because my insane cousin ‘Dee’ got into a fight with her boyfriend, Joey. ‘Dee’ punched Joey in the face in front of shocked friends and family, broke his nose, so boyfriend took Dee’s car keys, and tossed them into my parents’ pond. Not entirely the smartest revenge as she was his ride.

While police interrogated the two lovebirds and arrested Joey, their four-year old son pulled his pants down to his ankles, and peed off our front porch into the bushes to the horror of my mom and dad.

In ’05 the family and orphaned friends got extremely wine drunk and played twister – while creepily incestuous the loser had to wear the most demeaning costume ever made – a handmade leopard unitard. One of the top five laughs I’ve ever had –  as the losers walked out sad Charlie Brown style, wearing the leopard onesy.

The “manager” of the roller rink boastfully zipped around the rink, took out cousin Ziggy’s legs, and started chuckling about it. Mike gets pissed, skates down the manager like Dan Jansen and clumsily body checks him into the boards while the family cheers like rabid hockey fans. Family is booted from roller rink.

In ’08 the losers of the Wii boxing championship have to do a full lap around the house in their underwear…in 25 degree weather with a foot of snow on the ground. 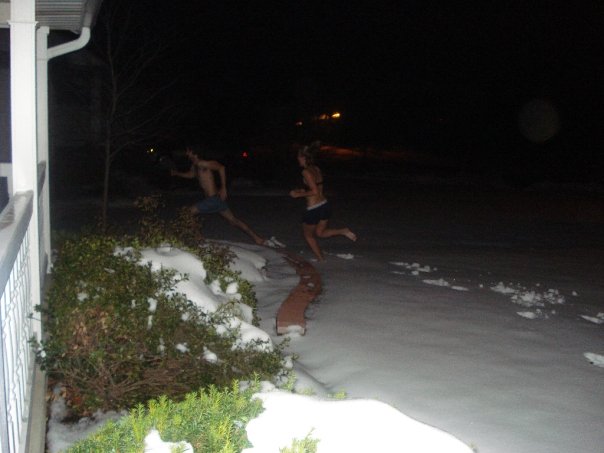 I lost, Roam About Sister just wanted to join.

Then there was the infamous ugly sweater-off of ’10.

Last year though, was my favorite.

Roam About Mom is amazing – and like Danny Tanner from Full House, loves having everything domestically perfect. Example: When she vacuums, she likes having the vacuum marks stay. To torture Mom, Roam About Sister and I roll around the living room mucking up the vacuum lines, then calmly sit in the kitchen and count how long it takes Ma to figure out her precise lines are skewed. Usually not very long.

Speaking of Roam About Sister, this picture from Halloween sums her up perfectly:

A mustache with a mustache. She was pissed everyone thought she was a hairy stingray.

Sorry, tangent, but last year Mom thawed out two turkeys overnight, woke up early, prepared the stuffing and sides, and vittles, undid the plastic to the first turkey. It had no neck, wings or legs. It was just a torso, a large football, one continuous turkey breast – the infamous ampu-turkey.

Roam About Mom rarely swears, but on Thanksgiving morn’, while everyone was nestled in bed dreaming up drumsticks and turkey wings, she opened the other turkey to find it too was an ampu-turkey. A vehement “FUCK!” echoed from the kitchen throughout the household, and we spent Thanksgiving laughing hysterically at another Roam About Family classic.

Happy Thanksgiving Everyone. Safe Travels, and may your turkey be whole – Mike

23 comments on “The Ampu-Turkey and Other Thanksgiving Tales”