We’re trapped in a frenzied circus here in the mid-west, forced to witness an absurd, and mutated political trapeze, back and forth, faster and faster – with a swirling eddy of multi-million dollar, shark-infested campaigns in place of a safety net.

The politicians of this year’s election decided the Buckeye State will be THE defining judge in ‘12, above all other swing states. The bi-product of this fantastic award is a fever-pitched political onslaught of ‘They Live’ proportions. At least in ‘They Live’ “it” was kind enough to be subconcious!

This Politi-beast is a nauseating deterrent (or inciter, depending on susceptibility), and has perpetuated a vitriolic rift among the generally kind, nice, hard-working people within the ‘Heart of it all’.

How did this frenzy start, and why?

I want to walk you through a normal quadrennial day here in El Centro de Campaignos :

“SMH. Romney is such a moron. Skid marks in his Mormon magic panties.”

“Romney’s a liar will take all the jobs and my cats to China!”

“Obama will give us all AIDS from the terrorists at his mosque!” 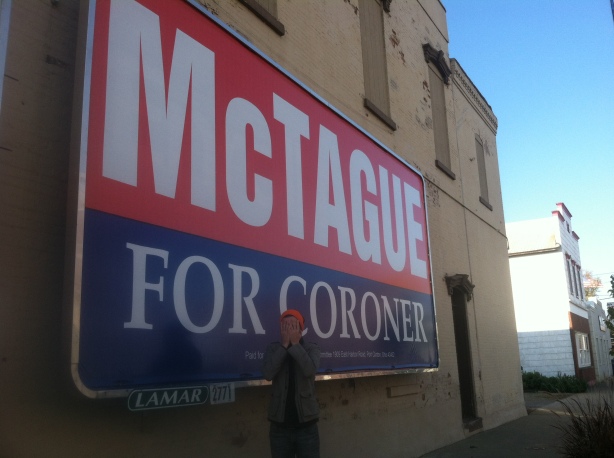 “Don’t be a tortoise, vote for rigor mortis!”

First world problems end today, I get it, but that’s not the point. What are the limitations of meddle? It’s not that bad every other state, right? What about 2016 – Republican sponsored bowel movements? Democrat sponsored orgasms?

A dingo ate your pinky!

Perhaps #2 answers #1 – with the ‘Us vs. Them’ mentality; blue vs. red; he said he said; “whacko” left vs. “religious” right; he’s better looking than the current VP and has bigger dumbbells, and my talking head is more correct than your talking head.

A growing rift among people of arguably the greatest nation in history; it’s pathetic, counterproductive, and a bit scary.

I’ve been to every state in this amazing country/majority of its cities, and yes, people have different beliefs, political views, and sports teams. And while ‘it’ may look different, sound different, smell different, SEEM different – even in the macro-scope of Ohio – there is, at least, an overwhelming percentage of commonality.

I understand the unfortunate lapse in mental fortitude to filter-out and/or curb ignorance, which is really just a bi-product of lack of experience in cultures. What I don’t understand, and the point of this post, is why we let such a small percentage of actual difference put a wedge between us as Ohioans/Americans, hammered home by one of, if not THEE biggest group of known liars in written history; Politicians.

That’s all I got – take it or leave it. There are countries where people are fire-bombed at the voting booths, I only hope the current trend of vicious fanaticism, and privacy penetrating campaigning doesn’t lead to such a plight.

In the spirit of ridiculousness, here are the five most logical ways to ignore the Political insanity in Ohio (or wherever) in ’16:

1. Cast your absentee ballot from your 1960’s furbished nuclear bomb shelter. A steady diet of canned peaches, Schlitz pull-tabs, and Lunchables is good for your mental sanity. Play scrabble, count coins, and paint landscapes, far, far from the desensitizing marketing of Crapitol Hill. 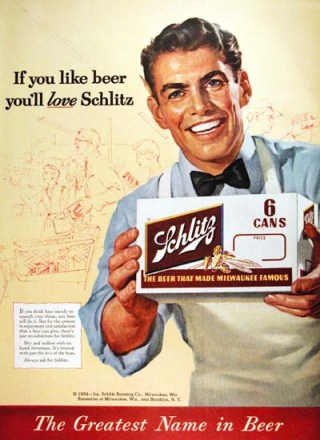 2. ‘Abyss’-it. Remove yourself from noisome rhetoric by renting a submarine boat capable of transcending the darkest, deepest crevices on Earth. Trade candidate banners for squid beaks and clam shells, say hello to the transparent sea aliens and serenade them with select songs from the ‘Little Mermaid’ while sending in your vote via discarded Coke bottle.

3. Baum(gartner)s Away! Rent a balloon, and float around the earth for a few months. Live off beef jerky and Red Bull, and drop pennies from heaven.

5. Politi-Gone Glasses with Ear Buds– Just about to hit the market on QVC – simply pick from three different selections on your glasses, put them on along with your ear buds, and when you see a political banner, bumper sticker, or town-hall debate, instead of politicians and bullshit, you will see:

Imagine the fun you’ll have, seeing and listening to Bea Arther read transcripts from ‘The Golden Girls’ episodes instead of lobbed slander during the Politi-Fact peppered debates!

Instead of Dem/Rep/Green bumper stickers, you get boobs, or pecs, or both!

Who wouldn’t love Barak Ollama campaign signs. Or Spit Romney. Get it? Because Llamas spit.